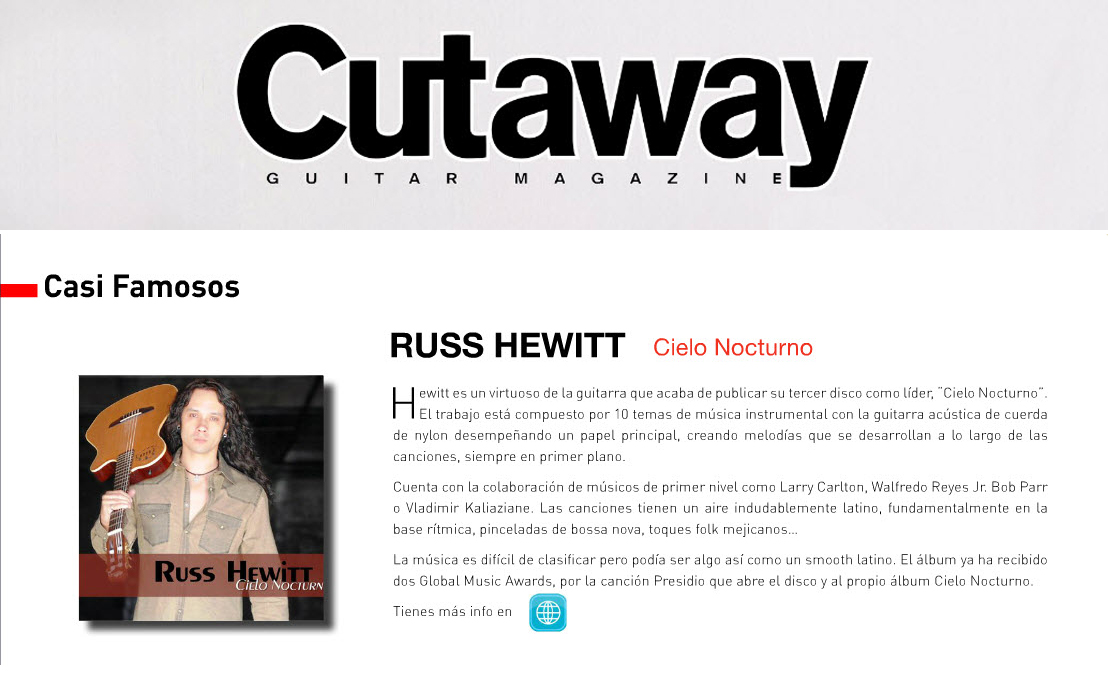 Hewitt, a virtuoso of the guitar, just published his third leading album, ‘Cielo Nocturno’.
The work is composed of 10 tracks of instrumental music. With nylon string acoustic guitar
performing the main role, first class melodies are created that unfold throughout the songs.

The CD is a collaboration of musicians such as Larry Carlton, Walfredo Reyes Jr., Bob Parr,
and Vladimir Kaliazine. The songs undoubtedly have a Latin air, mainly in the rhythmic base, with
bossa nova and Mexican folk touches…

The music is hard to classify but could be categorized as “smooth Latino”. The album has already
received two Global Music Awards with the song “Presidio”, which opens the disc, and the title
cut “Cielo Nocturno.”